I’m so appreciative that 🙏God hears & answer my prayers. The second most thing Im appreciative about is my mother. Her and God has been there for me through it all from the day I was concieved and every single day. I’m thankful God created in me the willingness to be obedient. I’m delighted he gave me dominion and discipline over my life. I’m inspired to inspire others about life, prosperity, 💖happiness and health.

I’m thankful he’s given me wisdom and knowledge on my mistakes I’ve made in life. I’m thankful for understanding how to deal with the people in my life. I’m appreciative to have emotional intelligence. I’m very happy I don’t let ⏩minor⏪ issues affect me in a major way. I’m so grateful to discern who is really here for me. I’m happy God continues to remove people with evil, ❎wicked intentions from my everyday life.

I thank God for showing me how much strength my little body endures through him. I’m pleased with my peaceful life. I’m highly favored to still be able to see, hear, talk, walk, touch, smell, feel, and pray. Are you grateful?

After listening and doing a little research, I found that it was the time Jeremiah saw first hand of major grief and sorrow from the people of Jerusalem. It was during the fall of Jerusalem and exile to Babylon. They were lamenting or weeping over senseless murders, wars, starvation, and other sorrows. The people were crying out to the Lord. It was deserved suffering for backsliding against God.

I see that going on in todays world. Many are weeping for different reapings of sin. Most people are wise to do evil. They don’t have a relationship with God. The Lamentations was a form of protesting. The Isrealites expressed their emotions in a poetic form from A to Z.

Chapter one focuses on the grief and shame of the Isrealites. In todays world, shame and grief has become common to experience. People are performing senseless murders, lying, stealing and cheating. Chapter two focuses on the fall of Jerusalem. Our God is slow to Anger. After ongoing sin and abomination against God, he allowed Babylon to capture the Isrealites. It’s like when the African people were sold into slavery in the Americas. Many of them coveted with devils and still do til this day. There are demonic activity being spread in the world through music, movies and everyday actions. Chapter three focuses on praying and remembering God’s promises for his people. 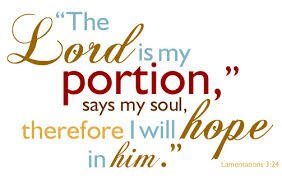 Chapter four focuses on the past actions and current treatment of the Isrealites. At one time, they were rich and wealthy but after God’s wrath they were suffering and struggling to find food, shelter, blessings and prosperity. Chapter five focuses on Isreal praying to God to not ignore their suffering. The people of God voiced their suffering and cried out to God. 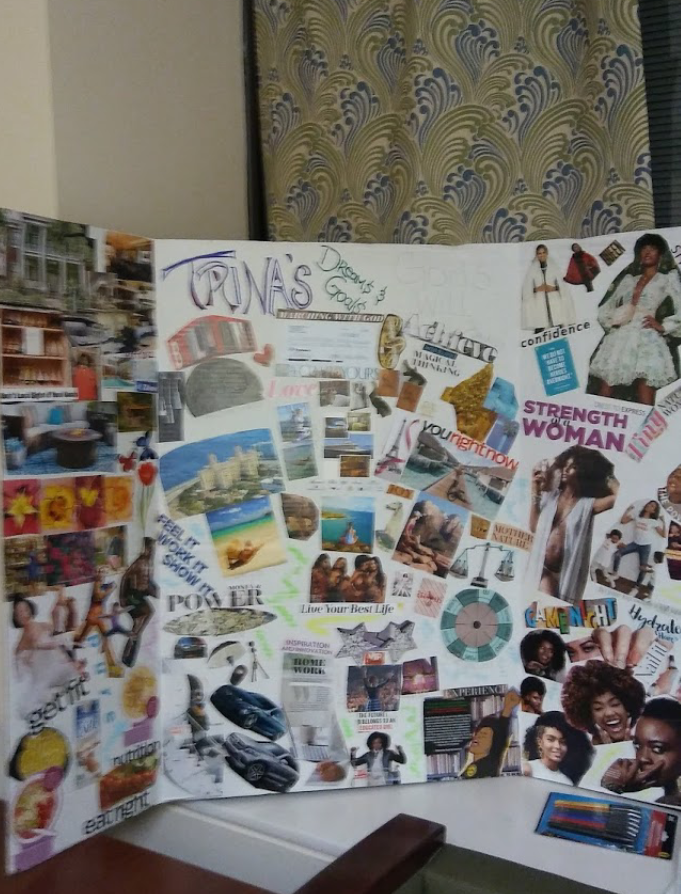 People with faith and a positive mind frame make dream boards. A Vision Board is created in many shapes and form. It is when you get access to different magazines, photos and pictures of things you want and attach them to a poster board.

Catrina created her first dream board in January 2014 and her second board in March 2018. She has seen many of her dreams come true.

My lesson I learned this week after reading Samuel is that God gives us free will to do what we desire here on earth. For those of us who choose to follow the positive spirit of  God, you will get a positive response. If you decide to go against the Spirit of God, you will get negative results. Either way, there is only one main force in the world. It’s our decision if we decide to do good or evil with it. Today we call it Karma, which it is a Universal law. At the end of the day, God is exalted and the enemy is defeated. 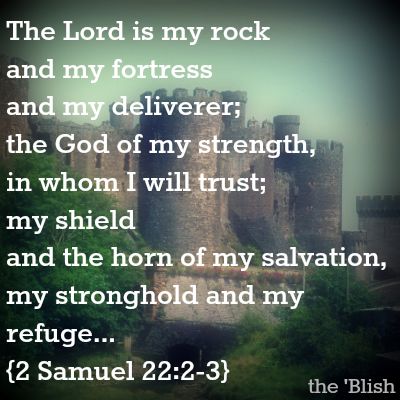 In II Samuel, a man who escaped from the camp of Israelites came running to David. He shared the story of how he killed King Saul. King Saul consciousness was eating him from the inside for having envy in his heart for David. King Saul asked the Amalekite to kill him. However, according to the commandments of God, Thou shalt not kill, I believe is what caused David to kill the Amalekite.
David became King of All Isreal when they realized he led the forces of Isreal even when Saul was king. The Lord God of Heaven’s Armies was with King David the whole time. He became more powerful over the years. The strength of God was given to each of God’s leaders. All because they were led by God. Saul did things against God multiple times, which caused God to not protect him and his ways as a King.
One thing that stuck out to me is when King David started to feel as though the Lords Covenant should be in the beautiful home they built for him instead of a tent outside. His love for the lord became stronger. King David was victorious wherever he went and won every battle because the Lord loved King David’s heart for that. That gave me a more understanding on how to keep possession the sacred things of God. Our minds, body, spirits, souls, family, personal, financial, emotional, the physical state of being are definitely sacred.
Soon King David allowed the spirit of lust to enter him. He fell in love with Uriah’s wife and had set up a plot to kill Uriah. David reaped what he sowed. He lost his first born with her but was blessed with a powerful, wise son Solomon. He feared for what God could do for sinning. He was thankful praised God for saving his life, even though he lost his newborn. God had forgiven him. Solomon was loved by God and gained great wisdom.
Later on in 2nd Samuel, the woman from Tekoa request stirred my soul. She requested the king to help restore her people’s inheritance from God that the enemy stole from them. King Davids intuition knew that another man influenced her request. It shows how powerful we are as humans when we have a close relationship with God.
That is my perspective of 2 Samuel in the Bible
God 1st Challenge
Genesis to Revelation
Time is Not a Limit
~~~~~~~~~~~~~~
Stay Connected
http://www.CatrinaLatriceWilliams.com

Live Your Life to the Fullest Today Because…

You have another breath of life.
You are you.
It’s time to Live your Life. 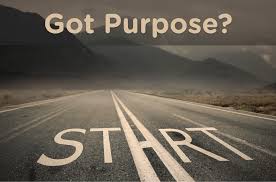 God created you for a purpose.
You still have a mission to complete.
Your dreams and passion are not fulfilled.
You have beautiful children depending on you.
You have elders that need you.
Your family loves you.
You love life.
You have things to do.
You have a roof over your head.
You have clothes on your back.
You are important.
You must succeed.

Don’t worry about how you will eat, where you will go and how much money you will make tomorrow. Focus on what you have today and be thankful for another beautiful day. Things are going to work out for you because God has the last say so. Believe and have faith that you are protected with the full armor of God.

Just remember, Live your LIFE to the FULLEST today.

Taking Action in life and making wise decisions will help a person find their purpose.

Life is not Perfect so your actions will not be Perfect.

It’s Ok. Smile and do the best you can today.

Trust your intuition and let it guide you.